Ben Weisman: 'Summer Kisses, Winter Tears' was written for Elvis' movie Flaming Star. It was a lovely ballad written to be sung by Elvis to his leading lady during a love scene. Unfortunately, the powers-that-be decided to have him sing it to a group of Indian sitting around a campfire smoking a peace pipe!

'At the preview, the audience broke into laughter when the scene occurred, and I don't blame them. As a result, the song was cut from the film. Over twenty years later in 1992, as fate would have it again, Elvis' recording was released in a Wim Wenders' film entitled 'Until The End Of The World', directed by David Lynch'.

Summer kisses, Winter tears
That was what she gave to me
Never thought that I'd travel all alone
The trail of memories

Happy hours, lonely years
But I guess I can't complain
For I still recall the Summer sun
Through all the Winter rain

The fire of love, the fire of love
Can burn from afar
And nothing can light the dark of the night
Like a falling star
Summer kisses, Winter tears
Like the stars they fade away
Leaving me to spend my lonely nights
With dreams of yesterday

The fire of love, the fire of love
Can burn from afar
And nothing can light the dark of the night
Like a falling star
Summer kisses, Winter tears
Like the stars they fade away
Leaving me to spend my lonely nights
With dreams of yesterday

Leaving me to spend my lonely nights
With dreams of yesterday
Summer kisses, Winter tears 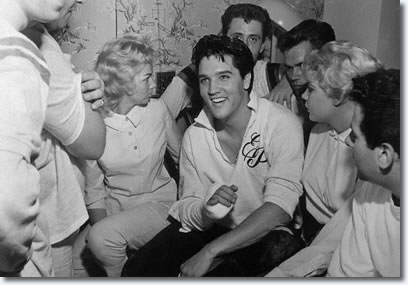